The picture in the Delving into the Past, The Gazette 14.2.20  Of Kingsbridge Cottage Hospital, ( which was built on land donated by Mr Ilbert of Bowringsleigh,) reminded me how lucky we are to have  such a good local hospital where so many people from the parish have been looked after. Then I thought of two special connections between our parish and Kingsbridge Hospital.

The murder connection to the hospital came in the 1932 with a family tragedy. William Yeoman was the son of two first cousins. He had been courting Louisa who worked at the Plymouth Brethren School in Galmpton; William’s father gave him the taxi fare to go to see Louisa’s parents in North Devon to ask permission to marry her. His parents later helped the newly-weds to rent a farm at Sigdon outside Kingsbridge. The marriage produced three children, and all appeared to be going well. The Yeoman’s employed a man to help on the farm.When he was nine, their son George was admitted to hospital with blood poisoning; with costs mounting up on the farm, and worrying about his son, William's mental state at this time was such that one morning in May 1932, William Yeoman took his shot gun, and went out to a barn where he shot and killed his eleven year old daughter Catherine who was feeding the hens, he then returned to the kitchen and shot and killed his wife Louisa, and one year old son Alfred. William then went into Kingsbridge to the Cottage Hospital; as it was morning and visiting hours were not until the afternoon, he was turned away, so walked down to the town with his gun concealed under his rain coat. He returned at visiting time, went on to the ward, where he shot his son in his hospital bed.  In the chaos that ensued Mr Yeoman took off, to be found many hours later hiding at Burleigh Dolts on the edge of the parish. He blamed his father for giving him the taxi fare to North Devon which led to his marriage, and the stresses of a family and running a farm. Mr Yeoman spent the rest of his life locked up in Broadmoor Prison.

Henry Farleigh, builder and undertaker of Galmpton Cross, recorded the tragedy in his day book.

Almost ten years later, a young woman Elaine Hill (now Gray) whose family were living in their Hope Cove home, Westerlies, (now part of The Cottage Hotel) at the out-break of the Second World War, decided that she was old enough to help, so signed up to volunteer at South Hams Hospital. Initially she went in every day by bus. Matron Dufty helped Elaine prepare for her nursing training which she started in 1942 at the RD and E. In the meantime she was kept busy cleaning the hospital, as Matron was a stickler for cleanliness. 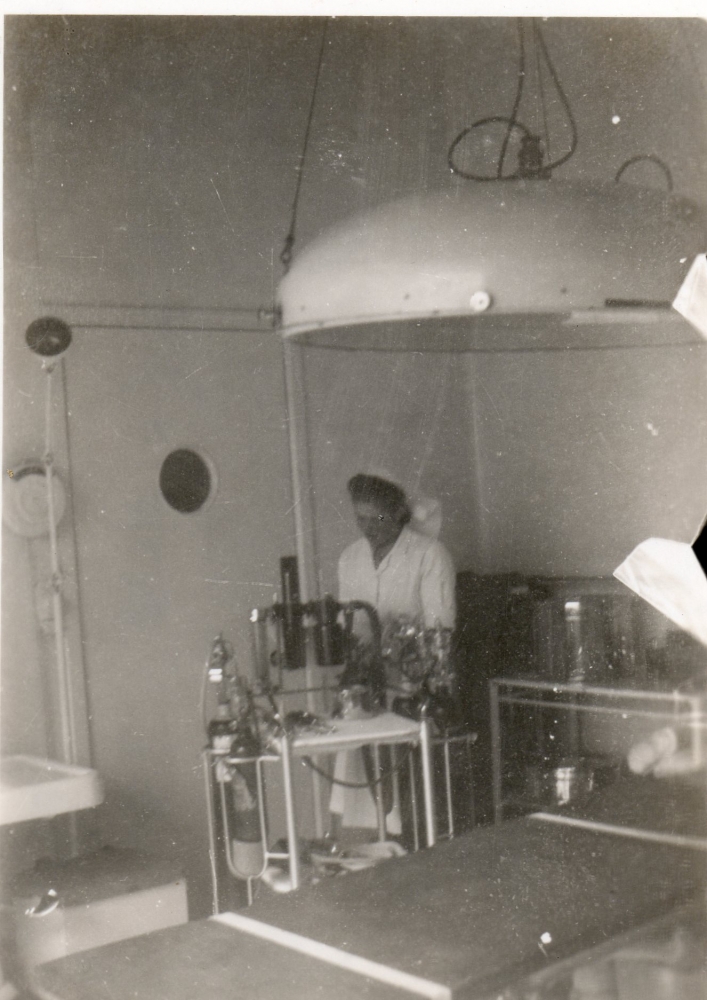 This picture is of Elaine in the theatre.

At that time there were many operations for tonsil removal and vast quantities of ice-cream were consumed. Before starting her nurses training Elaine also had to have her tonsils out! She says that the children were packed in. The children were not only local, but also evacuees, whom, as some went home, were replaced by others also requiring tonsillectomies. A high light of the day (if Matron wasn't around) was when the train  left Kingsbridge station; the driver would blow a whistle; the train line ran beside the hospital, so on hearing the whistle the staff would run out and wave to the driver. The hospital had a small operating theatre, male and female private, and public wards. 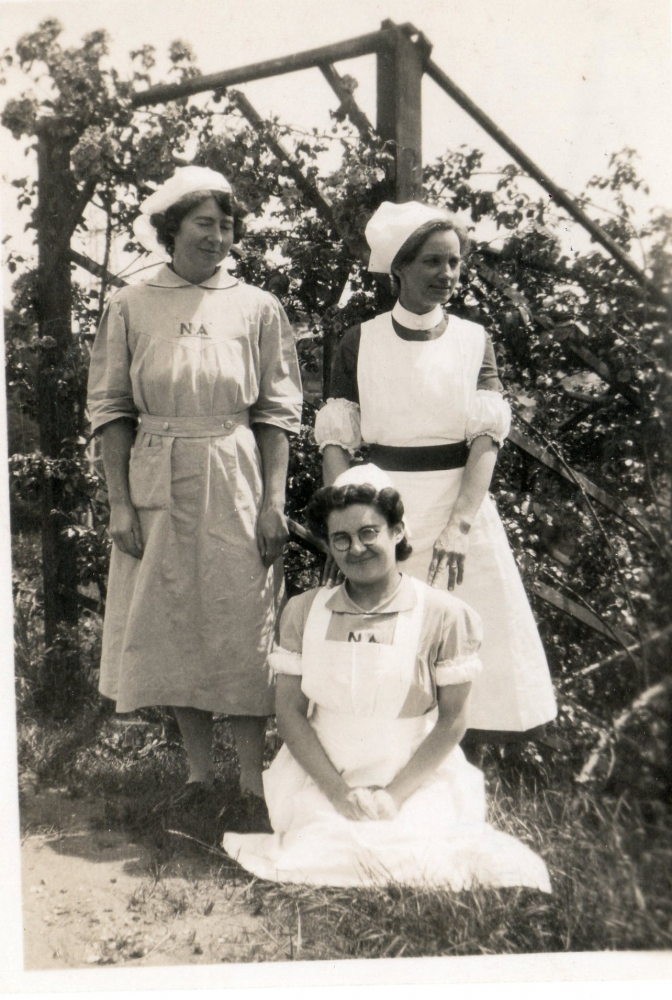 This picture is of Sister Stone and two nursing Assistants.Elaine would love to know if anyone else remembers Matron Dufty, Sister Stone, the names of the nursing assistants or remembers the very popular Doctor Cooper?

Thanks to Elaine Gray, and Mandy Rundle for the great pictures.