Everybody's mental picture of Hope Cove must include the Breakwater, it is such a beautiful image,but it was not always like this.

As long ago as 1823 the local fishermen wanted a breakwater to give shelter for their boats, and looked at building on to the the old Quay on Quay Sands. ( see June blog) In1912, after William Appleton died, his wife wanted to enable the building of a breakwater, as a memorial to him, but it was still too expensive, and a difficult engineering project. Instead Mrs Appleton endowed the Fishermens' Reading Room. 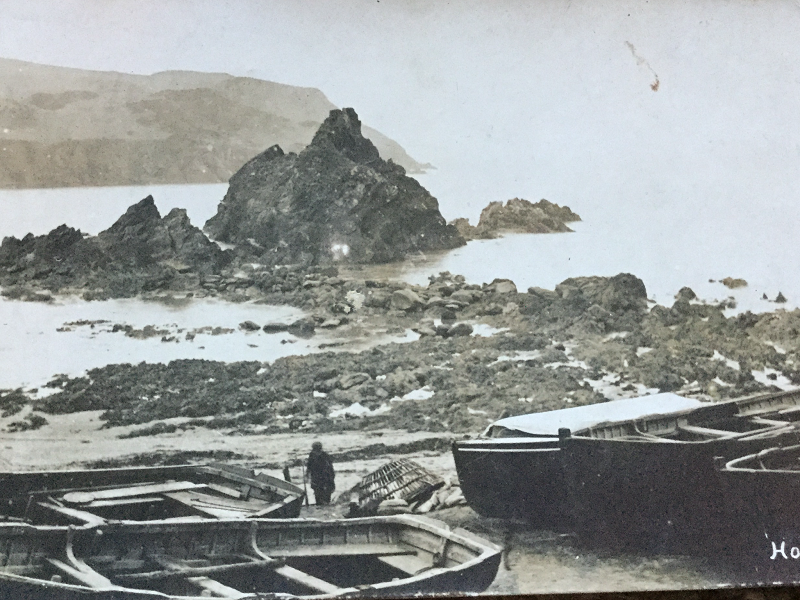 By the 1920's the demand for shelter in the bay was increasing. In July 1922 a ferocious storm that destroyed and damaged many fishing boats moored behind Barney Bank, lead eventually to the building of a breakwater between The Shippen and Barney Bank. 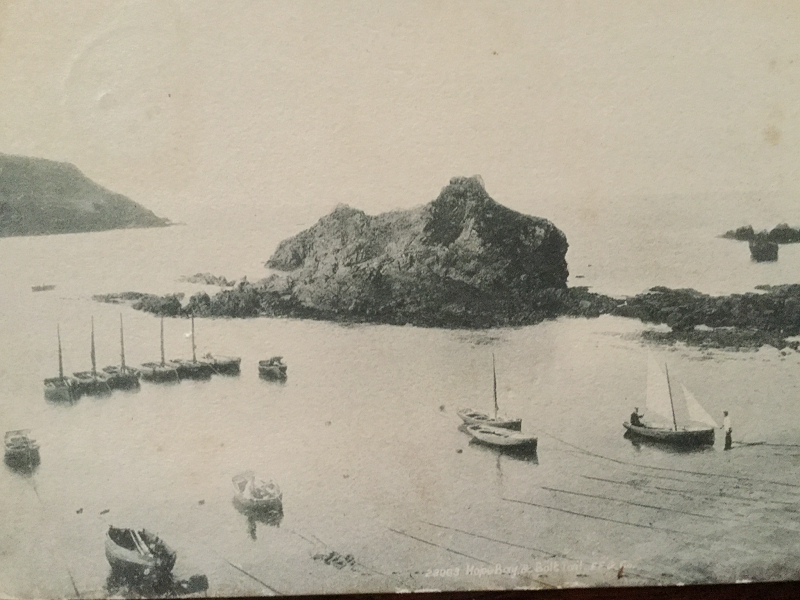 On completeion of this northern section it was found, as predicted by the fishermen, that this was inadequate, and the two further sections we can see today were added. There were problems along the way, engineering, and bankruptcy, but eventually with money from local people and the fishermen themselves, it was completed in 1925.

A railway was built to carry materials to the work force, extending it as the work progressed.

Repairs have been necessary over the years, and now major work is needed to save the breakwater. You can find Friends of Hope Cove Breakwater on Facebook to help and find out more.

Thanks to Brenda Brocklebank for her family photographs of the building work.

World war 2 in Hope and Galmpton