I could not find anything last month that compared with the current lockdown; the snow of 1947 and the less dramatic snow of about 40 years are simply not comparable.

This month however the 75th Anniversary of VE Day could not be ignored! During the war, here were many changes in the parish, initially a girls school from Kent were evacuated to the then Grand View Hotel. Many of the girls had escaped from Germany, the school moved on when the RAF came. Other children were evacuated to the parish, but we have no records and would welcome names and photographs.

Following the death of Hitler on 30th April 1945,  everyone knew peace in Europe was coming; This brought mixed feelings to the Parish; Some were excited and planned to head to London or Plymouth for big celebrations, military bands, bonfires and the switching on of lights. Others who had been stationed here knew that peace meant they would soon be leaving friends and the place that had come to mean a lot to them; others were waiting for the war in the Far East to be over, or their men folk to come home.  Many of the parish men were in reserved occupations, but thanks to Phil who went through the minutes, we know that the WI  collected for and sent out parcels ( main items cigarrettes) to 24 men.  Mike Clark and Owen Masters have provided names and some war service records, but we do not have a full list or any photographs of the men who served. If you can help with this please get in touch as we feel we should know more. We do know that 20 men returned and that 4 are remembered on the War Memorial outside Holy Trinity, and we have been able to find information on all of them. 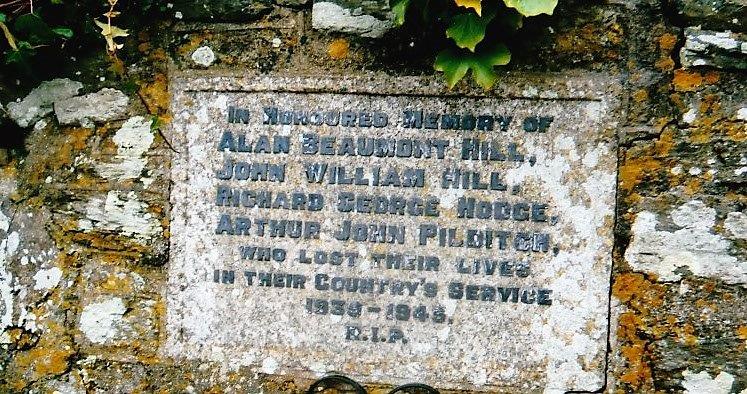 On V E Day  May 8th 1945  Celebrations were held in the village, Maddy remembers bunting in Inner Hope, and there may have been a tea party. Pam McNicholls who was stationed here recalled a service at St Clements, and Pam Windle has found this poster. 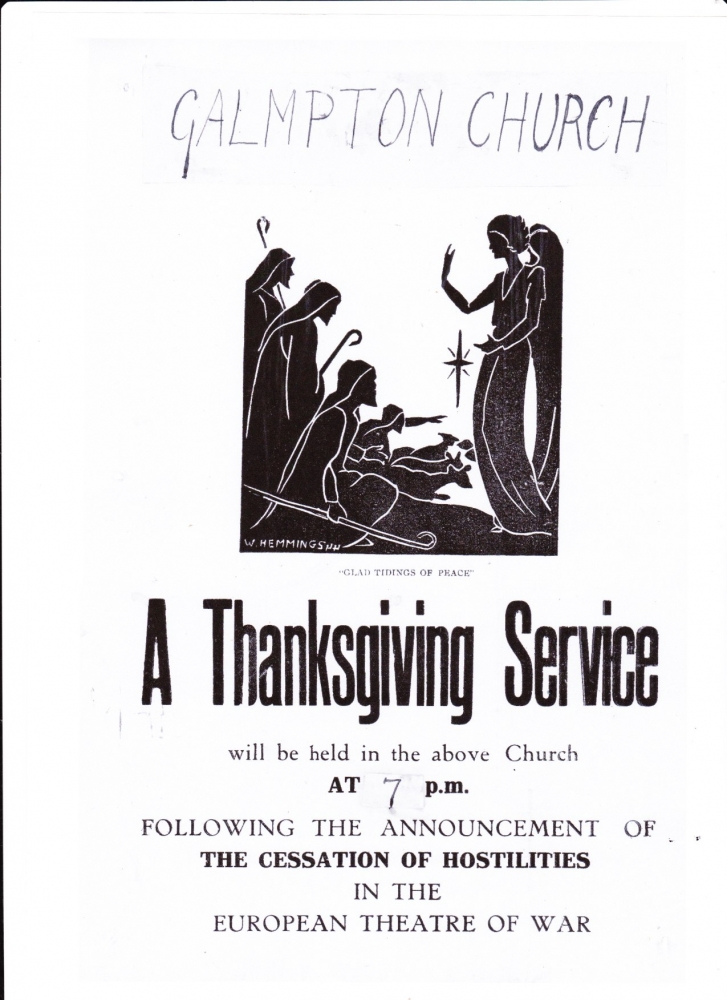 The poster must have been sent out from the diocese, as there are spaces for the name of the church and time of the service to be inserted; there is also a record that the plate was double the usual offering at £4.10s.!

In 1995 there was a 50th anniversary party at the Lobster Pot, where the women all came in 1940's garb, again any photographs of this occasion would be welcome.

This year there would have been celebrations in the village, sadly not this year, but We Will Meet Again. mm

Neither Second Homes nor D Day