This bumper apple year made me think of the time this area, and much of the south west was known for its cider apples and orchards.Most orchards have disappeared, but Reg Hall planted a new one in Galmpton abut 20 years ago using local cider apple varieties. There were hundreds of varieties, two local ones I remember are the pretty Malborough Doll, and the ugly Greasy Butcher!

The cider pound/ press in Galmpton was driven by a horse. 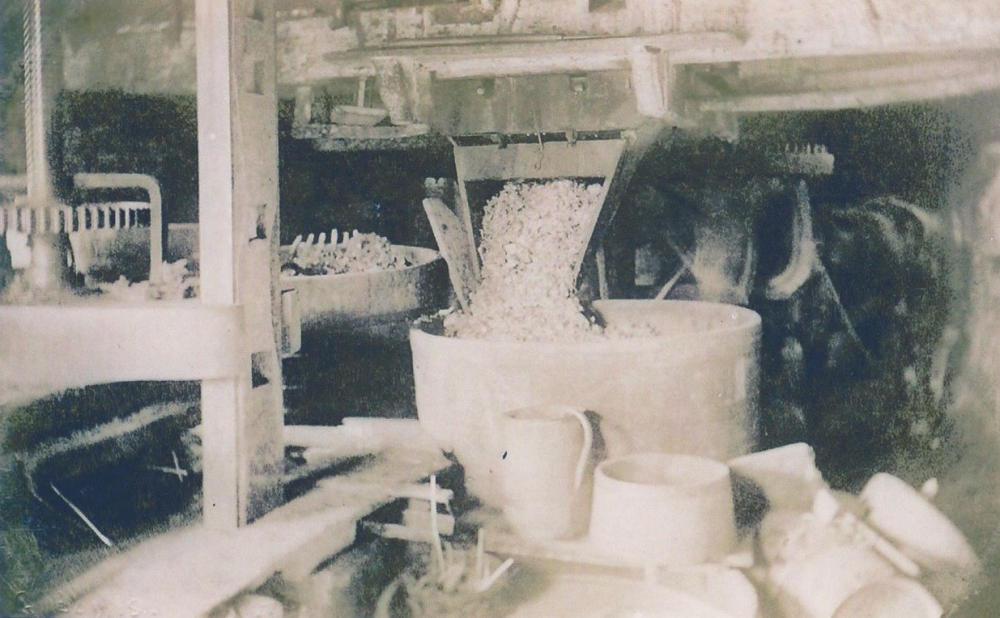 Apples were fed in on the top floor.

Many farm workers had part of their pay in cider every week. Here are barrels being loaded onto a cart. 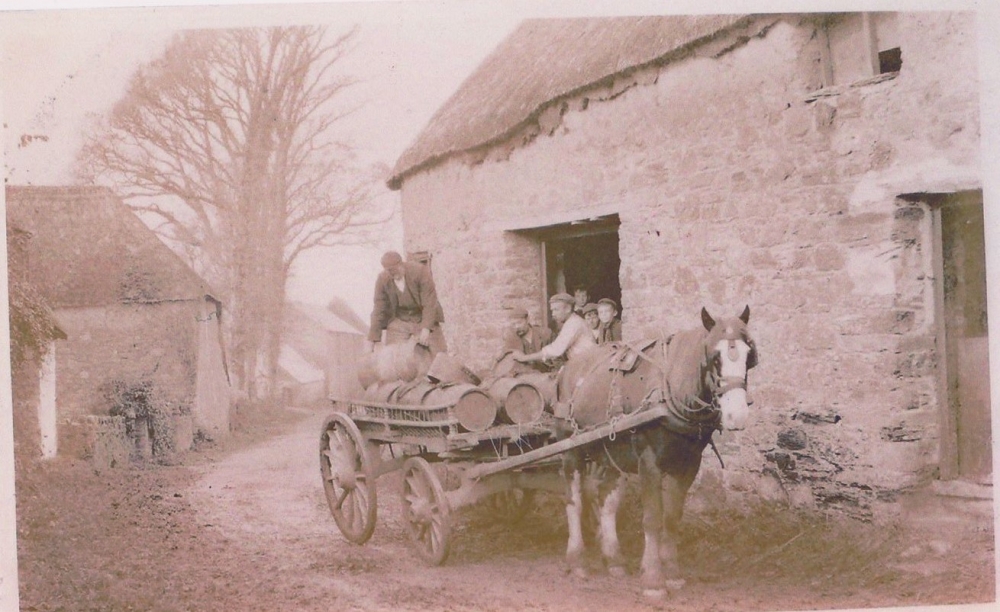 The old cider house pub in Galmpton was called the Fountain. there were other public houses; in addition to the Hope and Anchor there was the Bird in Hand now((after several different incarnations) The Cove, and somewhere in Inner Hope, The Yacht.

Cream was also widely made in the parish in farm kitchens. there were  a number of farms, in addition to Burton Farm,there was Home Farm and Pound Farm.Weymouth Farm, ( sadly burnt down in 1954) had 14 cows. Mrs Rogers made Devon Scalded Cream which was packed in quarter, half and pound tins  sent  by post to regular customers, or in bigger tins by train to London. The farm also sold fresh milk. In 1937 Mrs Rogers set up the hope Milk Bar, now the Kiln, where she sold icecream she had made from the farm cream,as well as milk. 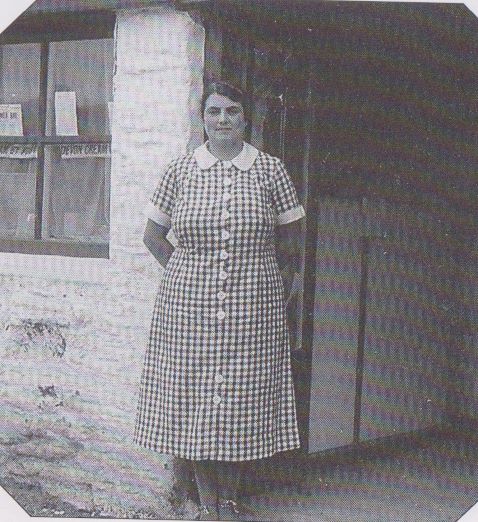 Thanks to Ann Lidstone for this picture of her mother,