Snow at Christmas never really happened but the very dark nights and brilliant starry skies helped the Christmas feeling along. Curtains were drawn so room decorations could not be seen from outside and fairy lights outside the house were not a thing. Indoors trees were decorated with the usual stuff but also with clip-on candles. I wonder how many tree fires there were at that time. In Outer Hope the only lights were those outside the Hope and Anchor and the phone box. There were very few people to be seen on the road.

I am sure Christmas is special to most children but to me the ones I spent in those deep dark days of winter at Hope were truly magical. With no street lights the stars were brilliant and spectacular. The celebrations would begin a few evenings before the 25th when the Kingsbridge Silver Band visited the villages. Music acts as a wonderful time machine and whenever I hear a brass band playing carols I am whisked back to those early days after the war and my legacy from this is that Christmas hasn’t happened until I have heard a brass band playing carols.

On Christmas Eve the villagers would congregate outside the pub. It was always the same procedure. The cinder track to the Cottage Hotel passed above the pub. Suddenly the light would pick up silvery reflections and the West Alvington Hand Bell Ringers would begin playing. After the first round they would walk down to the pub and start playing again. After that there would be a rumbling down the track and a shadowy figure could be seen. Soon, coming along the bottom road, we could see Father Christmas with his sleigh being pulled by a Shetland pony called Molly. That was the exciting bit because only I knew that Father Christmas was actually Tom Edgecombe. I knew Molly well because she belonged to Tony Lyle from Malborough who was a school friend of mine. It felt a bit like being the only one who knew that Superman was really Clark Kent. 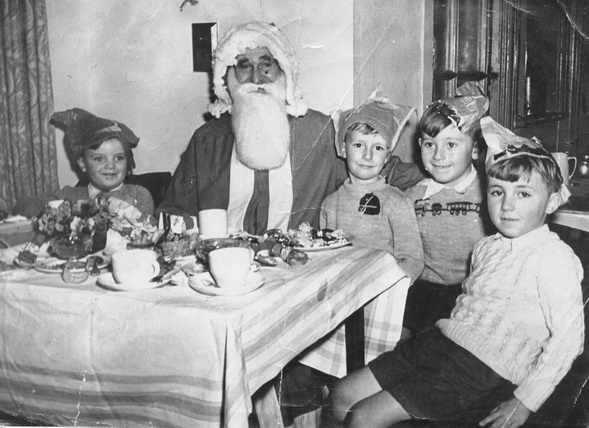 One of the highlights was the village children's party held in the village hall.. We would have a typical trifle led tea followed by various old English singing games such as, "The farmers in his den" dating from 1826, and the medieval "Here we go gathering nuts in May". Even at that time it seemed to be the wrong time of the year for gathering nuts but apparently we should have been singing “knots – or bunches - of May” for a May day celebration. However we were not there for a history lesson. Of course no party would be complete without "The Okey Cokey". 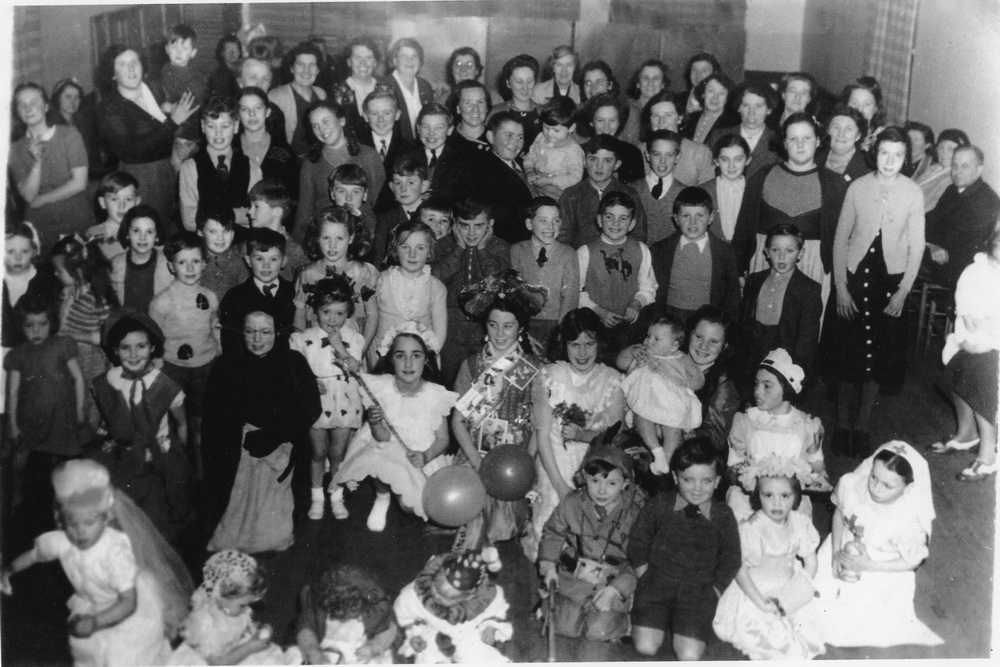 After the games there was a talent contest where the children stood up on the stage and sang their favourite songs. The party was possibly arranged by the Women’s Institute and the Mistress of Ceremonies was the wonderfully cheerful and energetic Ruby Jarvis who had a talent for whipping up the children into an appropriate frenzy.

The weeks preceding Christmas Malborough and South Huish C of E Primary School were spent singing Carols. Nativity plays were compulsory and teachers, parents, and helpers worked hard to produce the costumes. One year it was held in Malborough All Saints Church. 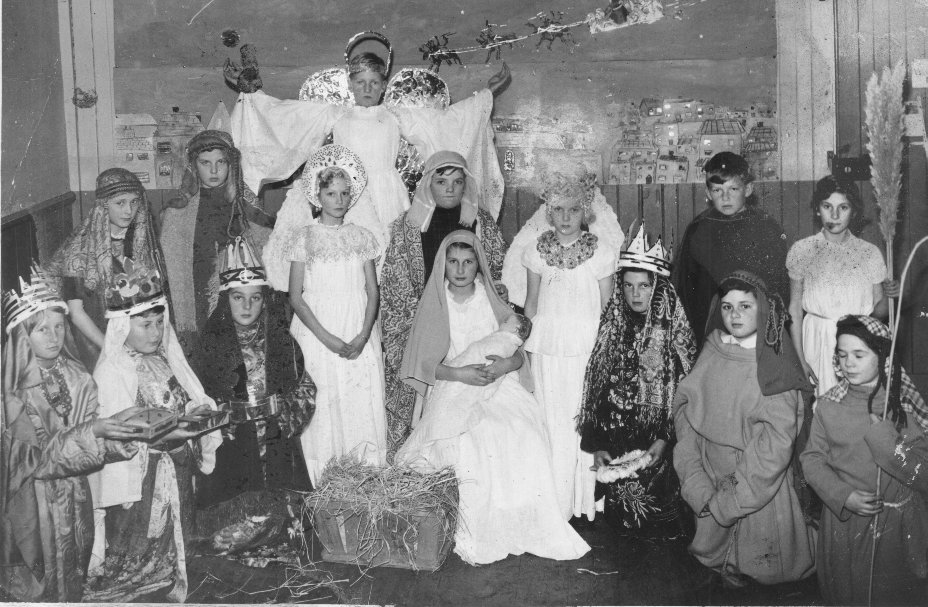 Without all the hype of Christmas today it was a magical time. The really glorious thing was that the same things happened every year. It was totally predictable but somehow that made it all the better.

Seventy odd years on the village has changed although there are still some around who will remember the events described above. New customs have begun. Near the slipway lobster pots are arranged in the shape of a Christmas tree and the green at Galmpton has been suitably decorated.  The only thing that might help things along would be a little bit of seasonal snow. 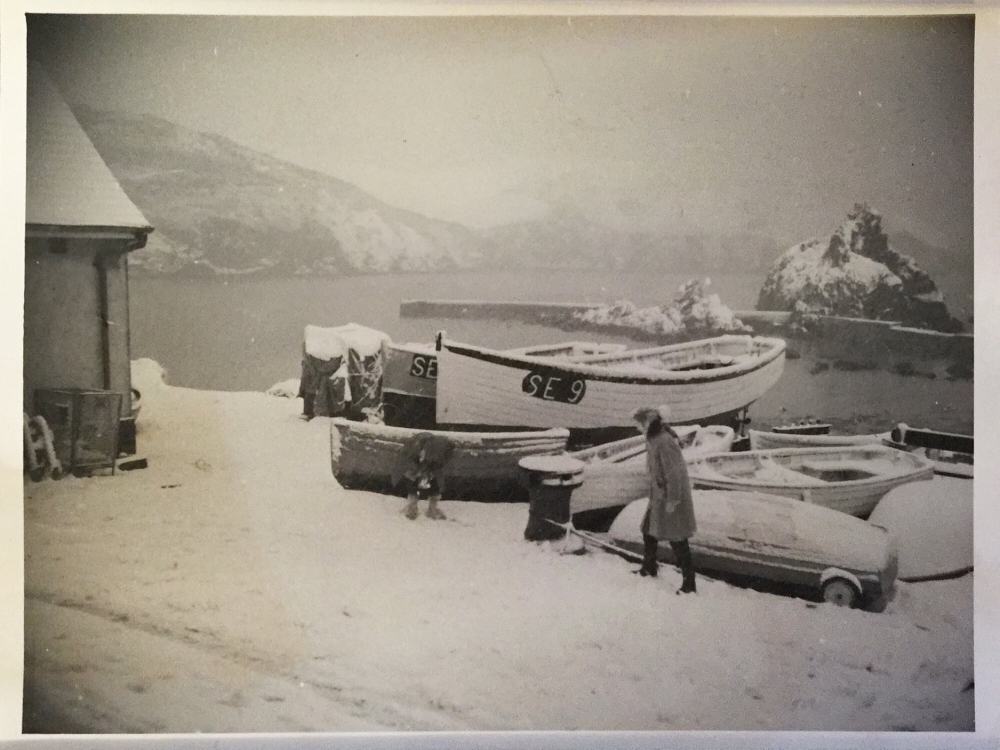 This old picture turned up on Facebook some time ago. I have been unable to find the owner but would be happy to acknowledge if he or she comes forward.

If you have memories of Christmas at Hope from way back please let us know using the link below.